Why I Love My Street, Part One 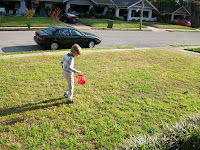 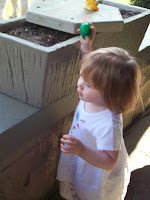 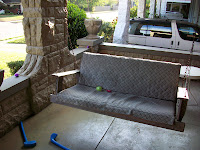 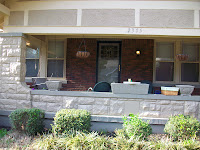 When I was little, I believe my favorite book was The Big Orange Splot by Pinkwater. The narrator vividly tells the story of a plain, boring old street where all the houses look the same and everyone says, "This is a neat street..." Well, one day a bird flies over one of the houses with a can of orange paint in its beak, and drops it on Mr. Plumbean's house. (I know, kickin' names.) Anywho, so he decides to leave the splot, and people on the street get annoyed because it is no longer a neat street. Well, Mr. Plumbean does paint one night, but he adds to the splot--he adds tons of colors and drawings to make his house his. He slowly talks his neighbors into making their house a home one at a time as they attempt to talk sense into him on warm summer nights under his tropical tree, holding glasses of lemonade. At the end of the story, all of the houses are different: a pyramid, castle, hot-air balloon, etc. When people pass they would say, "This is not a neat street." But the people would say, "This is us and we are it. These are all of our dreams... (or some type of seventies propaganda like that--and I do say this in jest.)"

So, back to my street. I believe the street where the Busbys reside is my own perfect street where all of our dreams reside.

My grandparents and parents were coming over for brunch, and Joe and I were working on preparing the feast. Jack was crawling around, unaware that an Easter Bunny should have arrived. (We had no time for this type of foolishness.) Joe walks to the door--probably to take a trash bag out--and yells, "Sally! The Easter Bunny came!"

I thought he was joking until I saw the front yard and porch. Multi-colored eggs, at least 36, were all over our porch and yard. What the heck!? We didn't put them out there. It was absolutely magical. Jack went out and had his first egg hunt ever. The Easter Bunnies were the women who live in a house down the street. They stayed up late on Easter Eve, ringing in Easter with a few, and filling plastic eggs with candy and a dollar for every kid on the block. Then, about 3 in the morning, the 2 EBs made their rounds, apparently with lots of loud, SHHHH!sss and laughter.

This tradition has continued every year. We put out posters thanking the "Easter Bunnies" on our porches and leave "bunny" food and drink for them on their porch. What fun!
Posted by Sally at 8:30 PM

that is all kinds of awesome!!